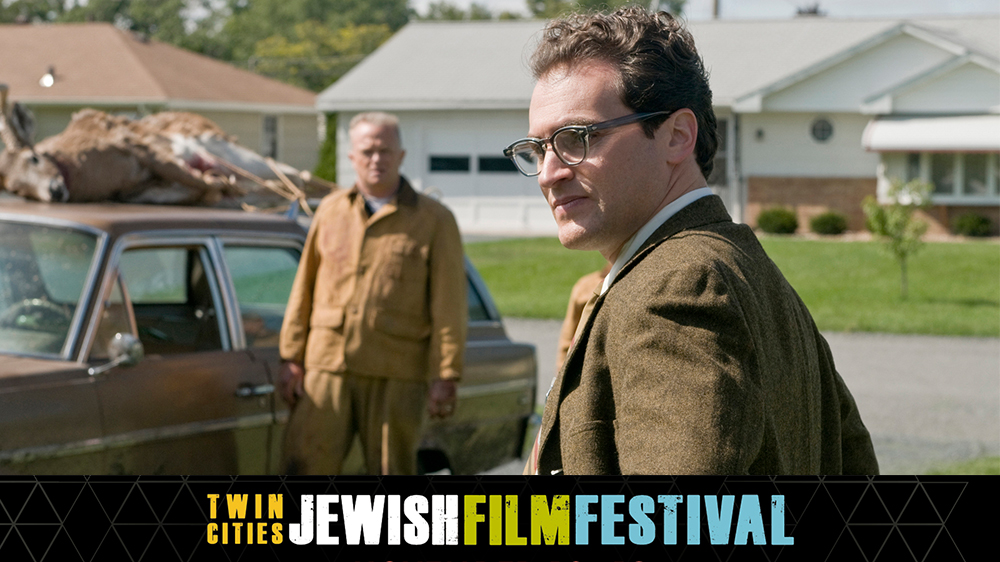 Larry Gopnik, a Midwestern physics teacher, watches his life unravel over multiple sudden incidents. Though seeking meaning and answers amidst his turmoil’s, he seems to keep sinking.

This year marks thirteen years since the Coen Brothers released A Serious Man, which was filmed and takes place throughout the Twin Cities and features your cousin or dentist or cantor on the big screen. For Closing Night of Twin Cities Jewish Film Festival, the Minnesota JCC and the Film Society of Minneapolis St. Paul (MSP Film) are throwing A Serious Man the Bar Mitzvah party it deserves! Come out to watch this beloved film on the big screen at The Main Cinema, followed by a Bar Mitzvah-themed party with light food, dancing, and beer & wine for purchase. Included in TCJFF Festival and VIP passes.

Guarantee your seat by purchasing a Festival Pass early!

MSP Film at The Main Cinema