“Rube Goldberg was the Christopher Columbus of the screwball contraption, finding a way to get from point A to point B by traveling through all the other letters of the alphabet.”
-Art Spiegelman, author of Maus

Who knew an unexpected visit with a JCC member would have created an opportunity to present this eclectic exhibit of the drawings and sculptures by American Jewish artist, Rube Goldberg?  Who knew Rube’s grandson, filmmaker Geoffrey George, is a member of the Minnesota JCC and frequents the Capp Center along with his children who attend Camp Butwin?  Who knew that right here in St. Paul was a basement full of Rube’s drawings?  Who knew that all of these coincidences would lead to two concurrent exhibitions illuminating the career and legacy of the celebrated and influential cartoonist Rube Goldberg (1883-1970)?  The exhibitions largely comprise rare original drawings, sculpture, & memorabilia from the personal collection of Goldberg’s youngest grandchild, St. Paul-based filmmaker Geoffrey George.

Simplicity Made Complex: The Life and Legacy of Rube Goldberg

Simplicity Made Complex features the breadth of Goldberg’s life and career, with emphasis on his trademark machines that perform simple tasks through exhaustively complex means.

GALLERY VISITING HOURS:
We apologize for any inconvenience but due to current staffing shortages, please call the front desk at 952.381.3400 before arriving to ensure the gallery is open.

Complexity Made Simple: The Political Cartoons of Rube Goldberg

Complexity Made Simple takes an inverse view of Goldberg’s work, focusing on his political cartooning, and ability to distill a complex geopolitical landscape into a single image.

On display as part of the Tychman Shapiro Gallery exhibit

Machine For Watering A Plant While You Are Out

Robin Schwartzman has clear memories of drawing Rube Goldberg machines with her cousin Toby when they were around eight years old. Rube’s playful sensibilities, cartoon drawing style and use of color are very much in line with Robin’s own aesthetic and specifically inspired her unique take on this fun Rube Goldberg machine. Robin’s own obsession with leisure and play has led her to visit amusement parks and miniature golf courses around the world.

Robin Schwartzman resides in Minneapolis, MN where she is an independent artist, an Instructor, the 3D Digital Fabrication and 2D Technical Coordinator at the University of Minnesota Department of Art and co-founder of A Couple of Putts. Robin received her BFA from Syracuse University in 2008 and in 2011, her MFA from the University of Minnesota. Her large-scale projects and commissions have been featured at the Walker Art Center, the Indianapolis Museum of Art, BLINK Cincinnati, the Northern Spark Festival, Canal Convergence Scottsdale, ArtScape Baltimore and Hub-Bub in Spartanburg, SC, to name a few.

VIDEO OF THE MACHINE IN ACTION

Did you know that Rube Goldberg and his magical machines have permeated our culture in many different ways? We will be adding and posting fun facts about Rube Goldberg multiple times a week throughout this exhibit.

CLICH HERE TO VIEW FUN FACTS
Check back often as new posts will be added weekly! 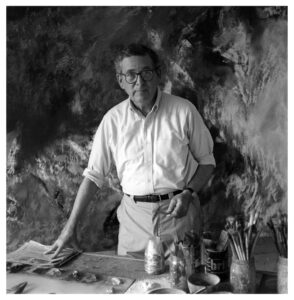