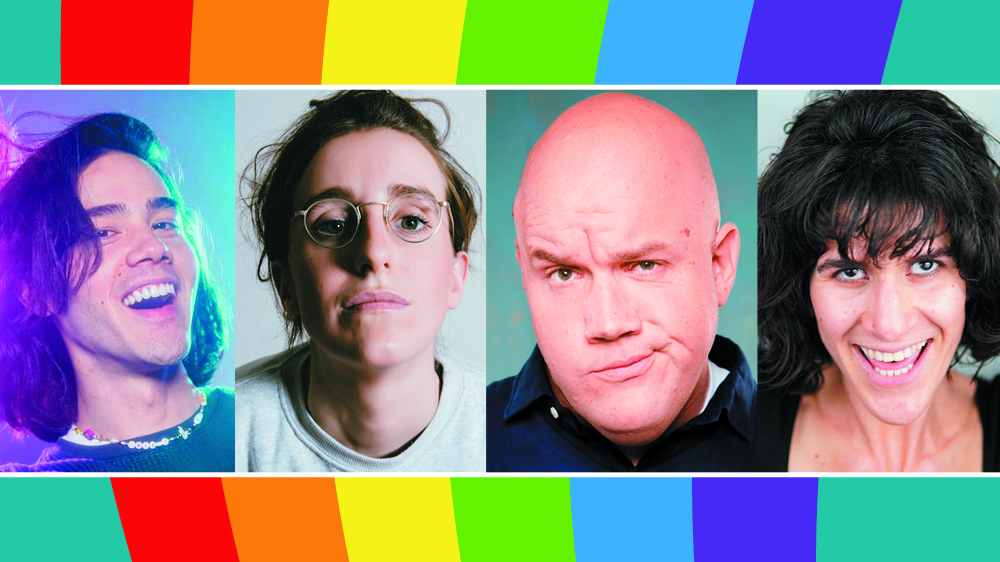 Guy Branum created and hosted truTV’s Talk Show The Game Show, a hilarious mashup of two beloved television formats that pits comedians and celebrities against each other for the title of “Best Guest of the Night.” Guy has also written culture and political commentary for Slate.com, Pitchfork, The New York Times and Vulture, and his pop culture roundtable podcast Pop Rocket.

Robby Hoffman is a small, ex-Hasidic, queer, Jewish, stand-up comedian, writer and true original. She was named one of Vulture’s “Top Comedians to Watch” in 2020, one of Comedy Central’s “UP NEXT” comedians and on Conan O’Brien’s “Comics to Watch” list.

Jared Goldstein can currently be seen on Roku’s Nikki Fre$h, starring as Nicole Richie’s trusty right hand and assistant. He is also currently starring in the new season of Dollface on Hulu and appearing in Comedy Central’s Featuring.

Geulah Finman is a tall, dark and handsome queerdo based out of San Francisco. Her upbringing in a Hassidic-Jewish community lends to a refreshing, nuanced and hilarious (mis)conception of the world. She has been featured in SF Sketchfest and Oakland Comedy Festival.

Presented in partnership with J Pride, a program of Jewish Family and Children’s Service of Minneapolis; Media sponsor, Lavender Magazine.