January Book: This Is Happiness by Niall Williams 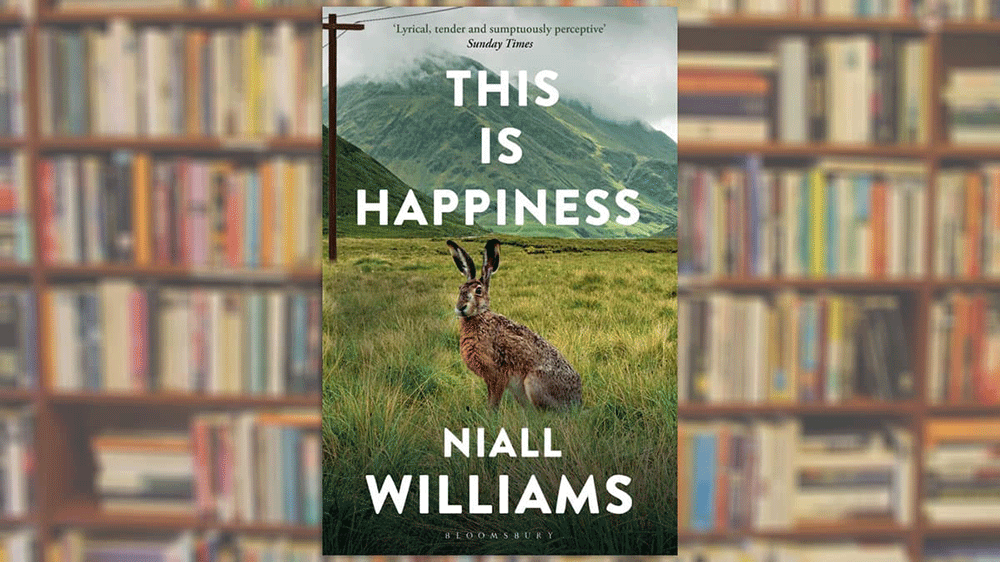 The rain is stopping. Nobody in the small, forgotten village of Faha remembers when it started; rain on the western seaboard was a condition of living. Now–just as Father Coffey proclaims the coming of electricity–it is stopping. Seventeen-year-old Noel Crowe is standing outside his grandparents’ house shortly after the rain has stopped when he encounters Christy for the first time. Though he can’t explain it, Noel knows right then: something has changed.

This is the story of all that was to follow: Christy’s long-lost love and why he had come to Faha, Noel’s own experiences falling in and out of love, and the endlessly postponed arrival of electricity – a development that, once complete, would leave behind a world that had not changed for centuries.

Niall Williams’ latest novel is an intricately observed portrait of a community, its idiosyncrasies, traditions, and inanities.