February Book: A Choice of Weapons by Gordon Parks 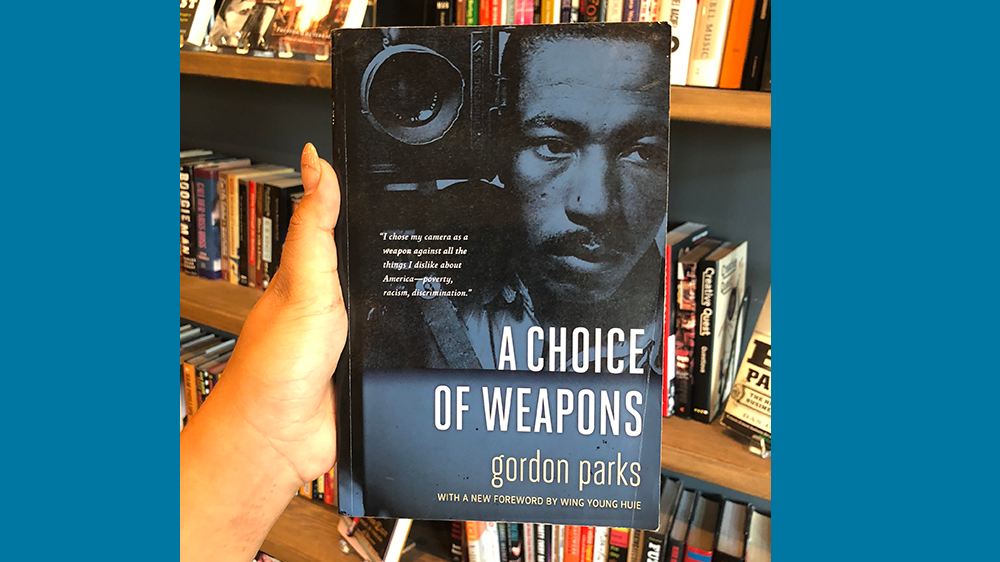 The groundbreaking photographer, writer, composer, activist, and filmmaker—was only sixteen in 1928 when he moved from Kansas to St. Paul, Minnesota, after his mother’s death. There, homeless and hungry, he began his fight to survive, to educate himself, and to fulfill his potential dream.

This compelling autobiography tells how Parks managed to escape the poverty and bigotry around him and to launch his distinguished career by choosing the weapons given him by “a mother who placed love, dignity, and hard work over hatred.” Parks, the first African American to work at Life magazine and the first to write, direct, and score a Hollywood film, told an interviewer in 1999, “I saw that the camera could be a weapon against poverty, against racism, against all sorts of social wrongs. I knew at that point I had to have a camera.”